The pressure on European countries to decarbonise has increased, not only because of the ongoing war in Ukraine which highlights Europe’s dependency on Russian hydrocarbons, but also with the European Commission releasing its ‘Fit for 55’ legislation package – part of the European Green Deal.

This supports a commitment to reduce net greenhouse gas (GHG) emissions by at least 55% by 2030, compared to 1990 levels (up from the previous target of at least 40%). Such emission targets will be crucial if Europe hopes to become the world’s first climate-neutral continent by 2050. The European Green Deal will help EU countries lead the charge towards full decarbonisation and transform the economy and society to meet climate ambitions. 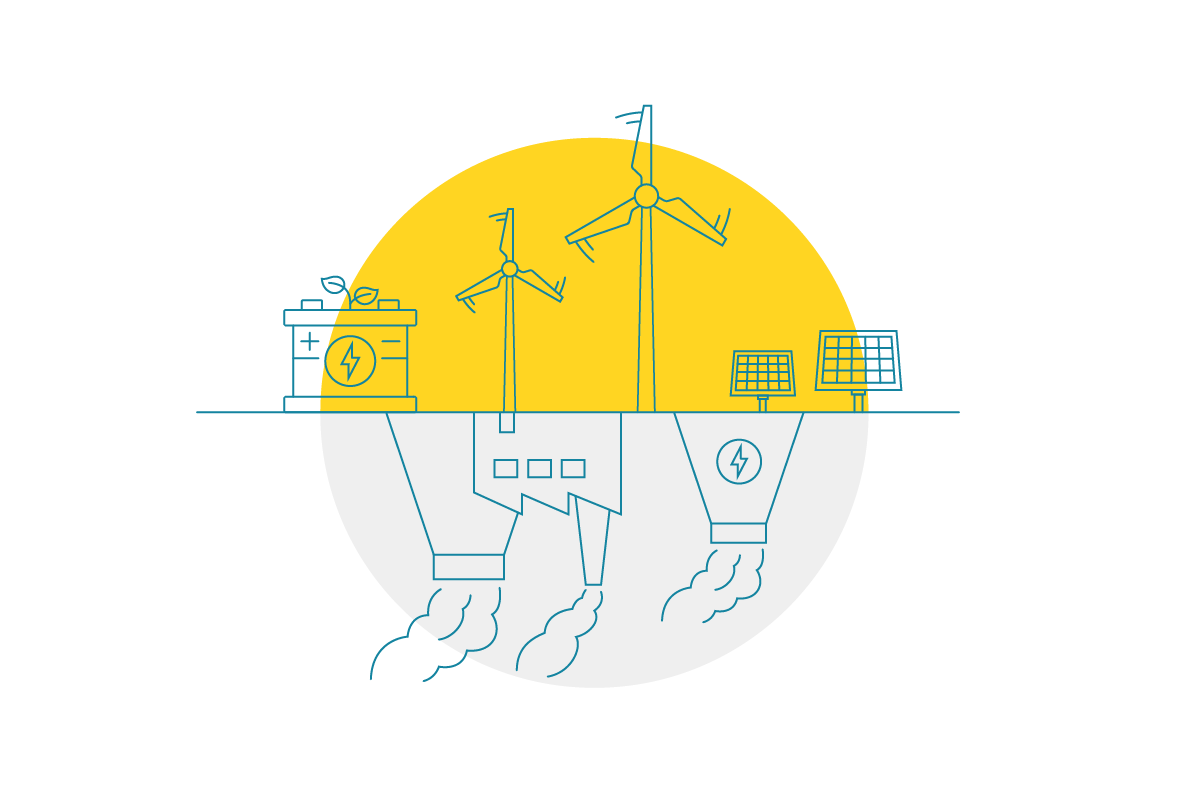 Out with fossil fuels, in with renewables

The production and use of energy are said to account for more than 75% of the EU’s GHG emissions and so the Green Deal focuses on three important principles to aid the transition towards clean energy.

Firstly, to ensure a secure and affordable EU energy supply, particularly now as the EU develops plans to end reliance on all Russian fossil fuels “well before” 2030. Secondly, develop a fully integrated and digitalised EU energy market, and thirdly, improve energy efficiency and develop a power sector based largely on renewable sources.

To reach the EU’s 55% target we need to move to an almost completely renewable energy system. According to Eurelectric, as much as 80% of the EU’s electricity generation could be fossil-free by 2030.

With this amount of renewable energy in the mix, new suppliers of grid balancing services, such as demand response (DR), will be essential to ensure a safe, working electricity system when either too much or too little energy is produced from renewable technologies owing to unpredictable weather patterns.

Demand response already provides electricity grid balancing services in several European countries, and is well advanced in the Nordics, France and UK. It provides financial incentives for residential homes, but mainly for major energy users, such as commercial and industrial businesses, to temporarily turn off, or turn down a range of electrical assets, such as pumps, lighting, heating, ventilation, air conditioning, or energy storage equipment, for short periods of time. Depending on the type of DR service in operation, events can last from a few seconds to several hours during times of peak energy demand on the grid.

The need for independent aggregators

Most consumers need an intermediary to benefit from DR. Indeed, they do not have the means to trade directly into the energy markets because they are too small to manage such complexity. They rely on the services of an aggregator to help them participate. An aggregator is a services provider who operates a set of demand facilities to sell pools of electric loads made up of many smaller demand-side assets, as single units in electricity markets.

More independent aggregators need to enter the market to help shape the electricity systems of the future and accelerate the global transition towards net-zero by developing smarter, cleaner renewable energy systems. As things stand, such implementation by some EU countries is proving to be inadequate and isn’t far reaching enough.

For this to be successful, help will be required in terms of positive regulatory changes and a move away from the status quo. The Clean Energy Package and the EU directive on common rules for the internal market for electricity provide positive steps towards facilitating the transition towards cleaner energy use and the reduction of GHGs. However, without the correct implementation of these rules at national level, the route to market for independent aggregators will prove challenging.

Not only will independent aggregators play a vital role in increasing flexibility participation and ensuring a successful energy transition, they will also assist Europe in achieving its decarbonisation targets and help lower energy prices in the process.